An incorrect amount lubrication can negatively impact the performance of your machine, which could affect specimen density.

Lubricate your machine according to the guidelines provided in the Operation Manual. 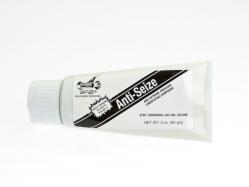