Pockets in my mold end plates?  Why would I need that?  And, what are they, anyways?

Why are pockets important?

Pine recommends lubricating the ram foot/end plate interface (as well as the end plate/base interface on the 125X and the end plate/gyratory head interface on the GB1).  Applying too much lubricant may push the plate away from ram foot surface at an angle.  Thus the face of the plate would no longer be parallel with the ram foot.  This results in a loss of internal angle of gyration during compaction of a specimen. 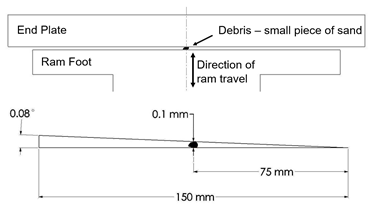 Figure 1:  Debris Between the End Plate and the Ram Foot.

Finally, the ram foot may develop a crown with use (Figure 2).  An end plate without a “pocket” will pivot on the crown during compaction causing a loss of internal angle of gyration.

What are end plate pockets?

End plates “pockets” are a cut out in the surface of an end plate that faces the ram foot (Figure 3).  The void provides space for excess lubricant and small debris to accumulate during the compaction of a specimen.  It also reduces the effect of a crowned ram foot by providing space for the point of the crown.

Figure 3:  And End Plate with a Pocket

Figure 4 shows the bottom face of a base plate used in the mold assemblies for a 125X, a G1, and a G2.  The “pocket” is visible in the center of the plate.

Figure 5 exhibits both sides of the top plate for a 125X and the top and bottom plates for a GB1.  The “pocket” is visible on the side of the plate that faces away from the asphalt.

What is Pine’s recommendation?